IMPERMISSIBLE BEHAVIOR OF MPS THAT ENCOURAGES SEXISM AND DISCRIMINATION 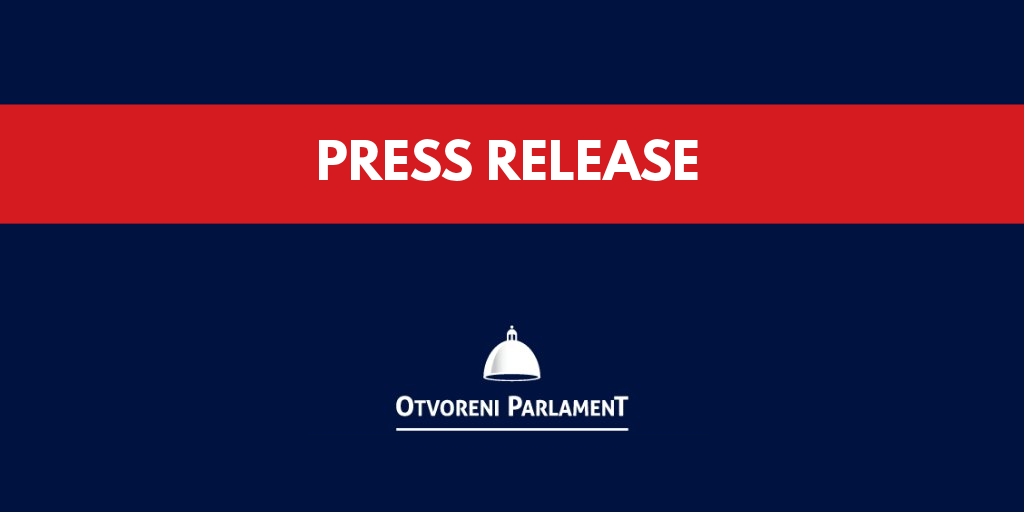 The Open Parliament is deeply concerned regarding the recent events in the National Assembly. The transpired behavior of MPs encourages sexism, discrimination and violent behavior towards women. This perpetuates a trend of diminishing the reputation of the Parliament and its members.

The discussion in plenum was overflowing with insulting, misogynistic and discriminating comments and gestures. The gesture that stands out is one made by Dalibor Šćekić, an MP from the Serbian Progressive Party. According to MPs who witnessed it, he simulated sexual intercourse during a speech held by Tatjana Manojlović, an MP from the Democratic Party.

This act violates the dignity of all women amongst MPs, of the National Assembly itself, and of all female citizens of Serbia.

The MPs have filed numerous reports on the violation of Rules of Procedure of the National Assembly because of inappropriate statements and gestures at the plenary discussion during the Second Sitting of the Second Session of the National Assembly in 2022. An adequate reaction by the Speaker of the Parliament to these reports is still lacking. The only statement that provoked a response by the Speaker is the one made by Dušan Radosavljević, an MP from the Movement to restore the Kingdom of Serbia (POKS), who compared statistics with a bikini.

The Open Parliament reminds that the MPs are not allowed to use vulgar, sexist or discriminating gestures in their public addresses. They are also not allowed to encourage such behavior, as it would contribute to the normalization of misogyny in society. The National Assembly is a place where MPs are supposed to represent the citizens who not only elected them, but also trusted them with the power to represent their interest. Discriminatory, verbal insults, disparagement of female MPs, that aims to lower their self-esteem and integrity and to discredit them in the eyes of the public, is a form of verbal violence. There is no place for any form of violence in the National Assembly, or for that matter any other public institution and public sphere in general.

The Open Parliament points out that the Law on the Prohibition of Discrimination prescribes that „it is forbidden to expose an individual or a group of persons, on the basis of his/her or their personal characteristics, to harassment and humiliating treatment aiming at or constituting violation of his/her or their dignity, especially if it induces fear or creates a hostile, humiliating or offensive environment“(Art. 12), as well as that sexual harassment is a criminal offense.

We remind once again that in 2020 the National Assembly adopted a Code of Conduct which explicitly states that: „The Member of Parliament is to be a model of ethical behavior of a holder of public office“(Art. 7). The Code of Conduct further states that it’s the MPs duty „not to use expressions, words or gestures that insult or disparage the human dignity and violate the dignity of the National Assembly“ (Art. 8, paragraph 1, item 6).